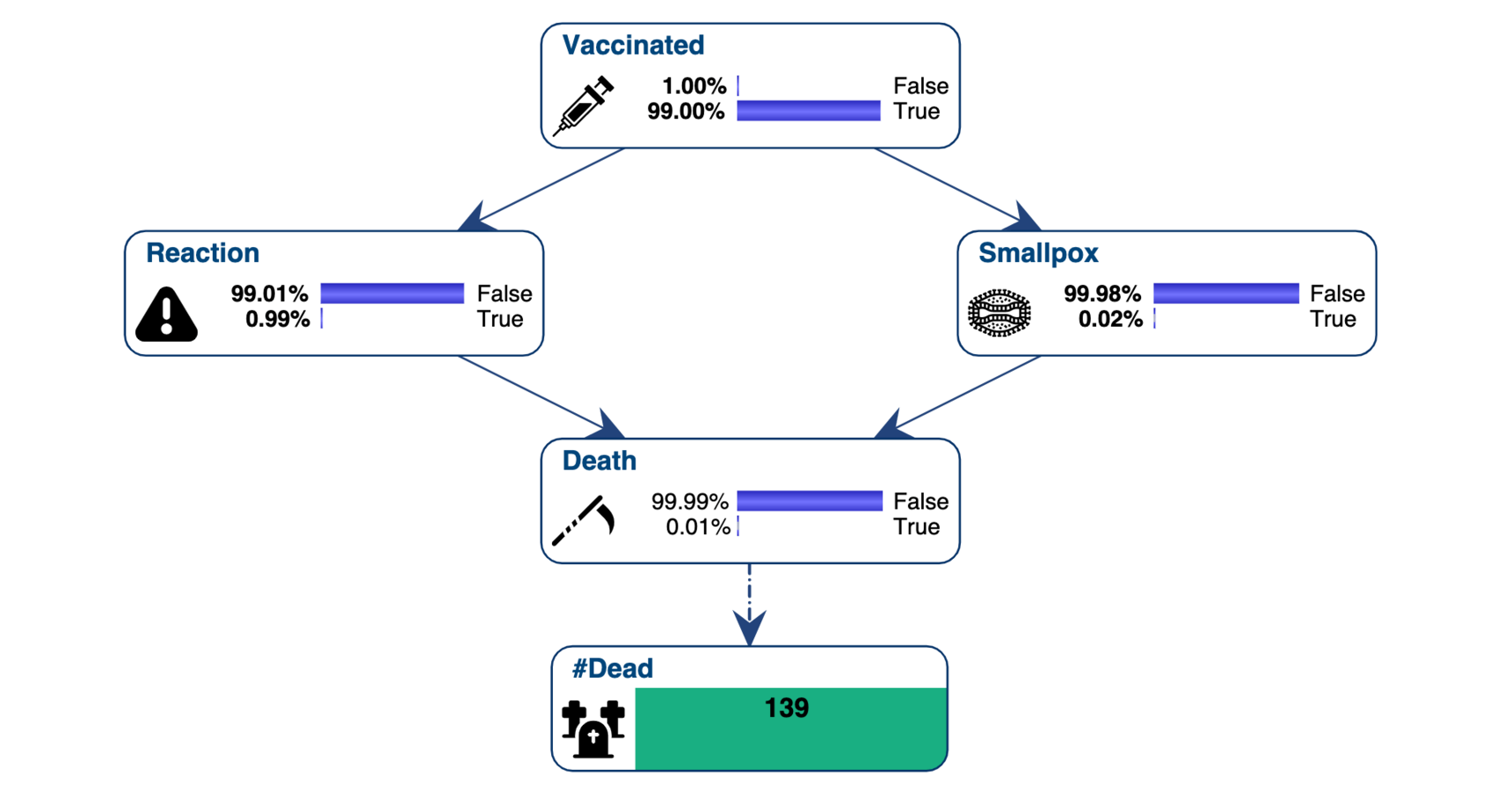 "Let me give you an example in which probabilities make all the difference. It echoes the public debate that erupted in Europe when the smallpox vaccine was first introduced. Unexpectedly, data showed that more people died from smallpox inoculations than from smallpox itself. Naturally, some people used this information to argue that inoculation should be banned, when in fact it was saving lives by eradicating smallpox."

Pearl, Judea. The Book of Why: The New Science of Cause and Effect (pp. 43-44). Basic Books. Kindle Edition.

I implemented this example as a Causal Bayesian Network. "Causal" means that the arc directions represent causal relationships between the variables. You can download the attached XBL file and open it with any version of BayesiaLab.

The green node #Dead is a Function Node, which calculates the number of children who died within a population of 1 million.

I created a WebSimulator that allows you to experiment with this model and try out different scenarios: https://simulator.bayesialab.com/#!simulator/685025884871 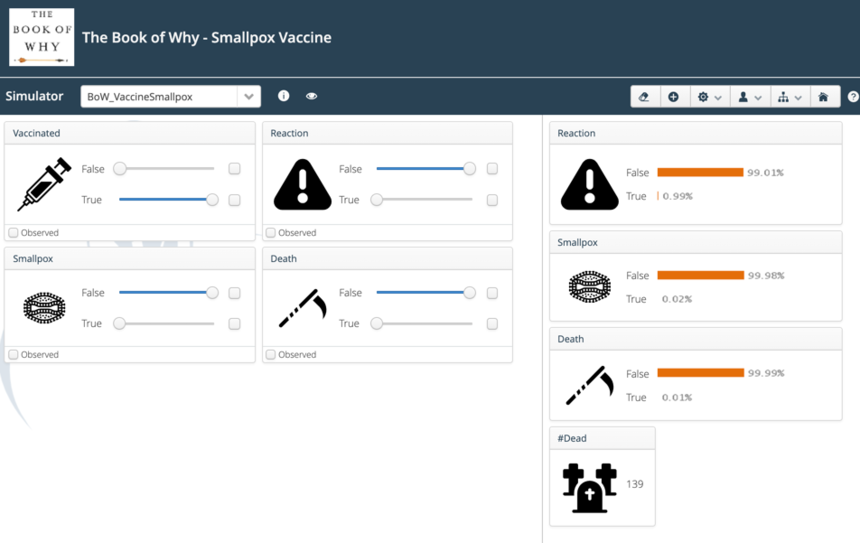 Continue to part 2 of this example