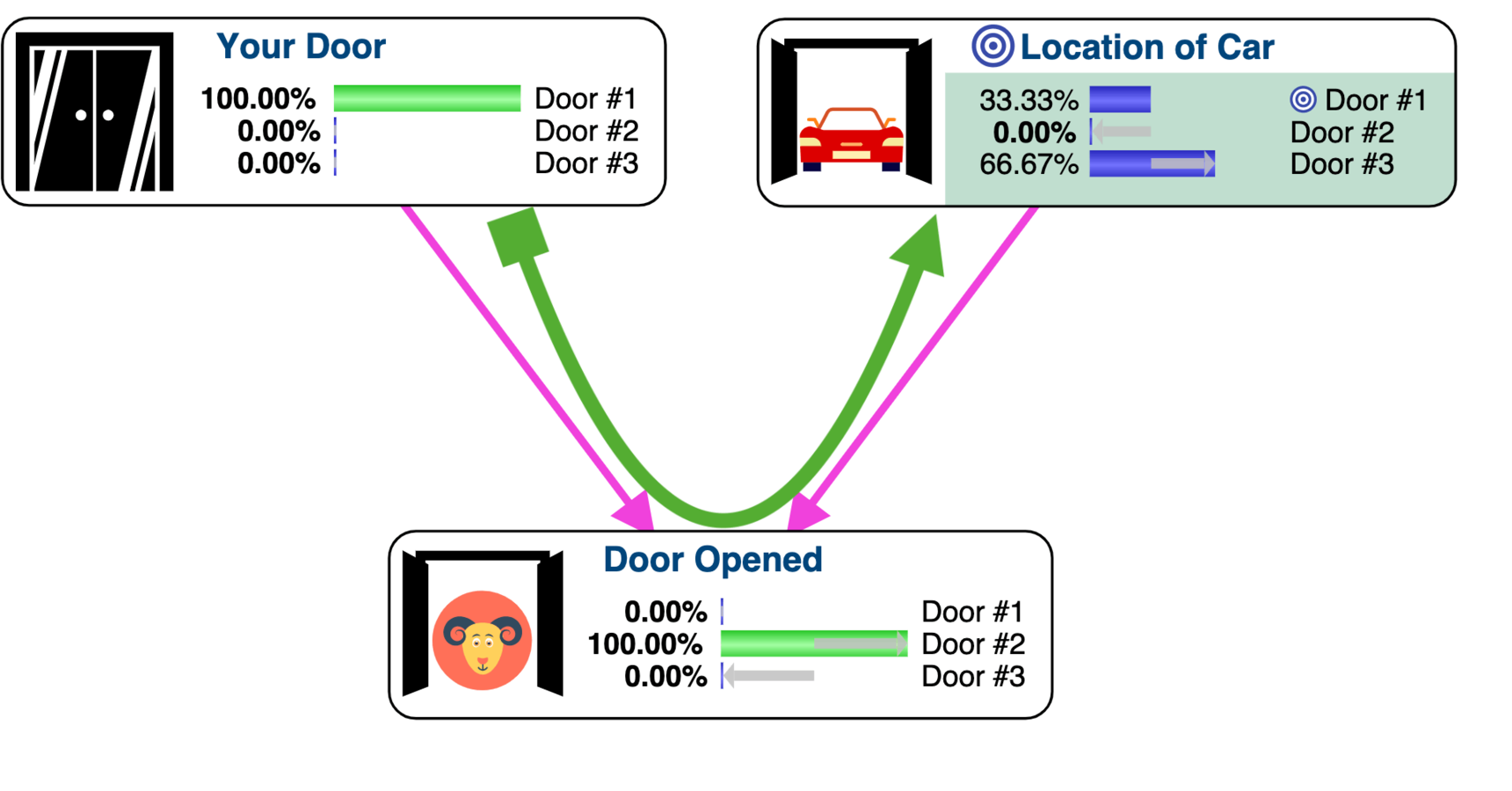 "If I should switch no matter what door I originally chose, then it means that the producers somehow read my mind. How else could they position the car so that it is more likely to be behind the door I did not choose?

The key element in resolving this paradox is that we need to take into account not only the data (i.e., the fact that the host opened a particular door) but also the data-generating process—in other words, the rules of the game."

We have described the data-generating process with our Causal Bayesian Network: the host is taking his decision based on both the choice of the player and the location of the car. This very particular structure is called a V-structure, and Door Opened is what we call a Collider.

In V-structures, the independent parents become dependent when we have any pieces of evidence about their common child, the Collider (or any of its descendants). In other words, in a V-structure, parents are marginally independent but conditionally dependent given evidence on their descendants.

Conditioning on Door Opened opens an information flow between Your Door and Location of Car (represented with the green arrow).

"It is a bizarre dependence for sure, one of a type that most of us are unaccustomed to. It is a dependence that has no cause."

Pearl, Judea. The Book of Why: The New Science of Cause and Effect (p. 194). Basic Books. Kindle Edition.

It is precisely the difficulty in understanding this conditional dependency that made this game so successful!

The (non-causal) Bayesian Network that represents how most people reason about this problem is as follow: 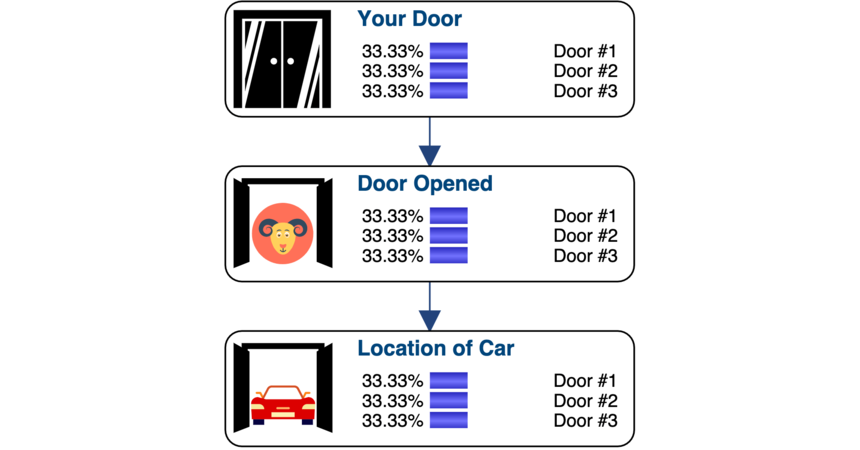 with the following conditional probability tables for describing that

With this (mis)understanding of the domain, there is no rational to switch door. The remaining doors have the same probability to hide the car. 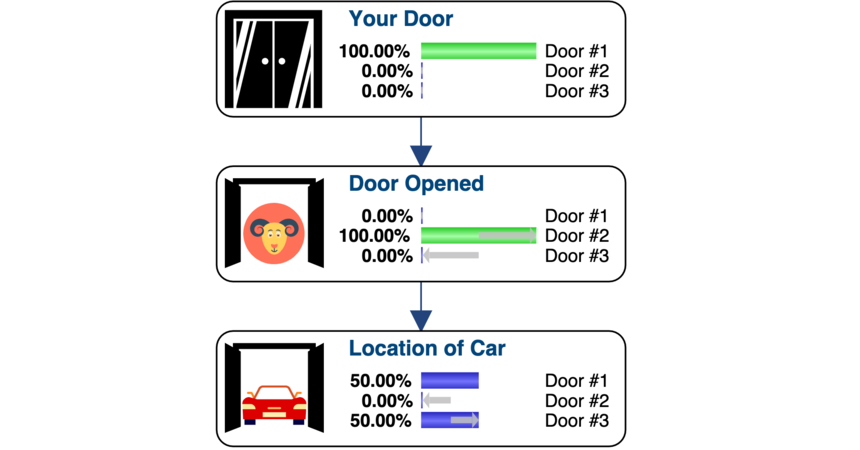 Continue to the next example from the Book of Why: Berkson's Paradox