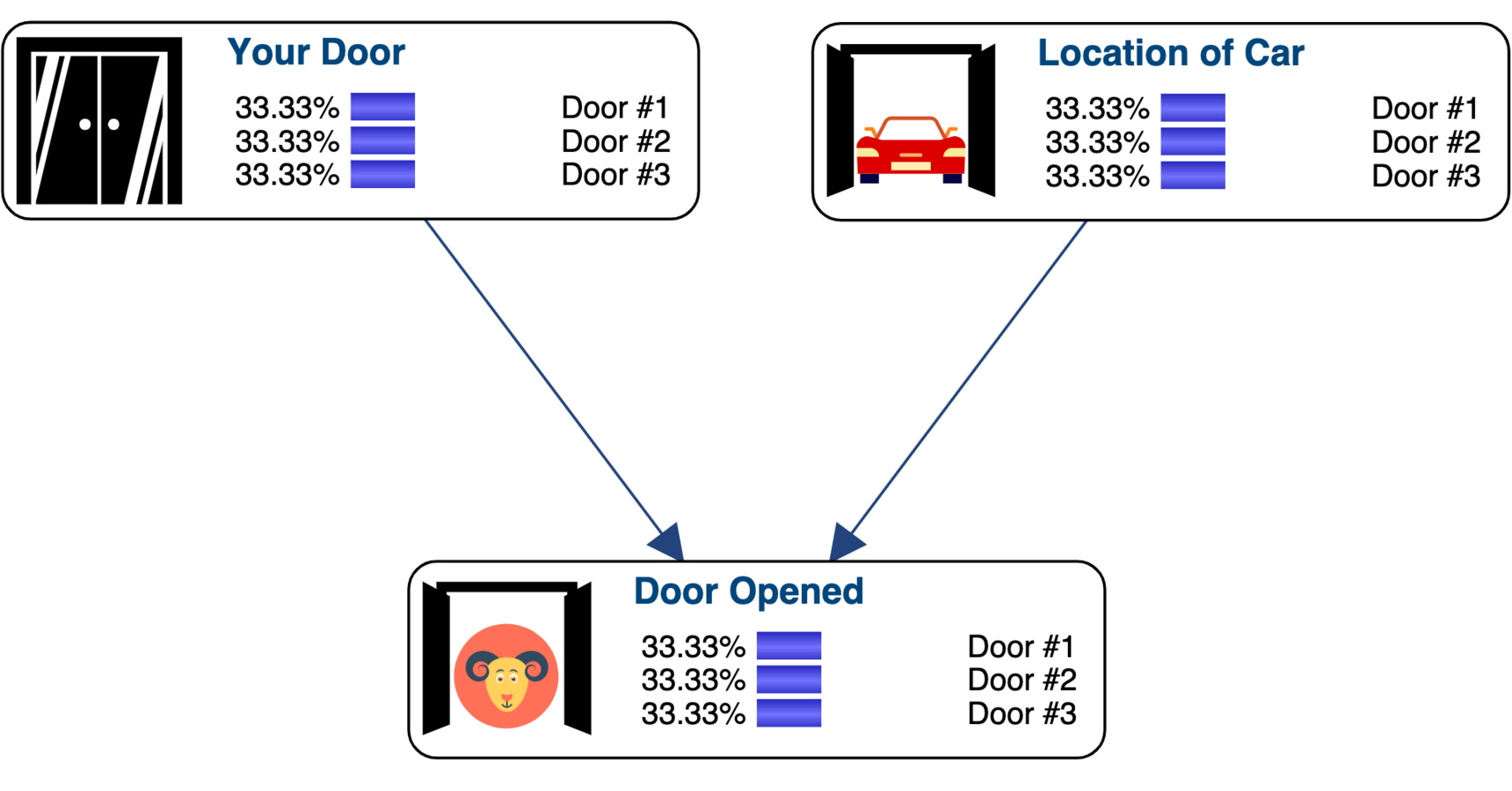 “Suppose you’re on a game show, and you’re given the choice of three doors. Behind one door is a car, behind the others, goats. You pick a door, say #1, and the host, who knows what’s behind the doors, opens another door, say #3, which has a goat. He says to you, ‘Do you want to pick door #2?’ Is it to your advantage to switch your choice of doors?”

Pearl, Judea. The Book of Why: The New Science of Cause and Effect (p. 190). Basic Books. Kindle Edition.

I implemented this game as a Causal Bayesian Network (arcs represent causal relationships). Three nodes describe this domain, each one with one state per door:

You can download the attached XBL file and open it with any version of BayesiaLab.

You can also experiment with this model via our WebSimulator: https://simulator.bayesialab.com/#!simulator/137248128314 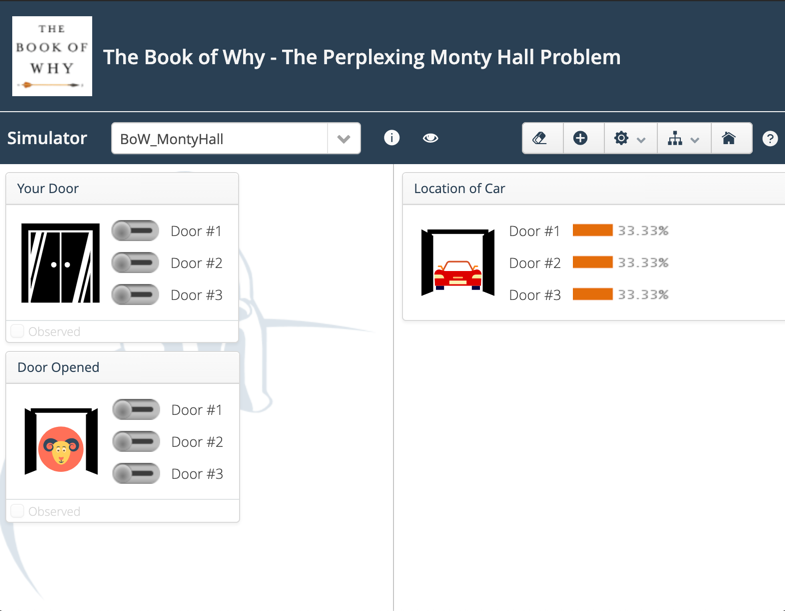 Continue to part 2 of this example.